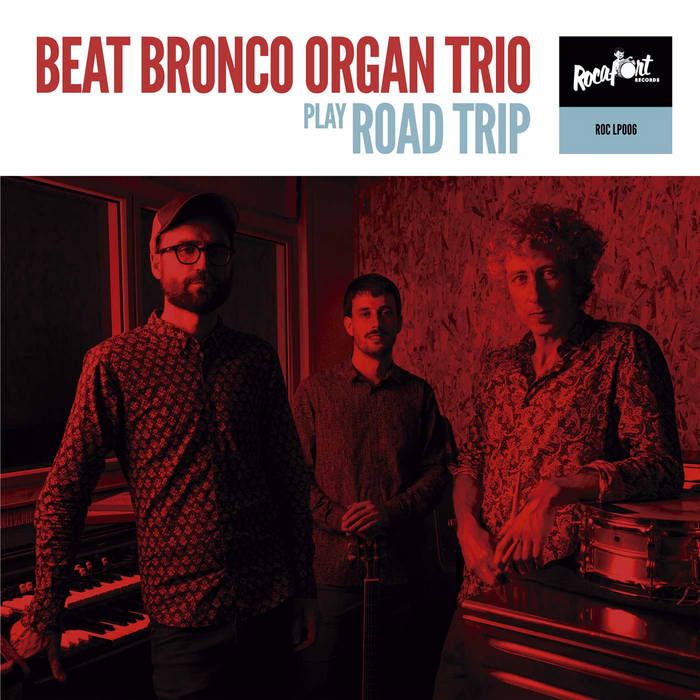 It’s album release time for this Madrid-based soul/jazz organ trio who have been burning up stages and festivals throughout 2019 and who have already had a successful single out on Rocafort Records. Beat Bronco Organ Trio have not rewritten the Hammond musical handbook, but they do what it says on the tin rather splendidly – a Road Trip that grooves, swings and sashays around the familiar but much loved funky jazz theme.

Although it’s impossible to listen to the album without summoning up the ghosts of Jimmies McGriff & Smith and the like, nearly all tracks here are originals and shout out personality, verve and respectful homage to the tradition. Featuring the usual leitmotifs: Shaftish film soundtrack, lo-fi lounger, gospel-tinged toe-tapper, the hip shaker and much wah-wah frenesi, there’s nothing not to like if the genre is your bag.

The steaming horn section on “Hard Play” thickens the sauce à la JBs and the Meters, aided along by a unique orchestra of handclaps. Vocalist and guitarist Alberto Palacios storms in with “Hey Hey”, an old Dave Bartholomew classic from New Orleans, just to remind us where Fats Domino and Ray Charles got it all from. Chip Wickham makes two welcome appearances on flute, adding an extra jazzy touch to “Squirtly” and “Electro Pi” – the latter a fabulous trippy, spacious head-nodder that demands in our opinion some kind of a wigged out drum’n’bass remix. Every track is clearly dominated by variations on the vintage keyboard, be it Hammond, Clavinet or Minimoog; all roads lead to that sexy, sacred sound.

Spain is already prominent on the modern-day Funk map thanks to groups like The Sweet Vandals, Speak Low and Mighty Vamp – and it comes as no surprise that our hero trio featured at various times in all these bands. Gabri Casanova (keys), Lucas de Mulder (guitar, percussion) and Antonio "Pax" Alvarez (drums, percussion) have been busy reviving the funk gospel for some time now. Road Trip is an elegant culmination of their efforts in keeping alive a revered and timeless tradition that still today serves as a reference to where all the good stuff came from: The Church!